Country Music Hall Of Famer Jimmie Rogers once sang about being jilted and wanting to shoot a paramour named Thelma. While using a forty-four, legend suggests song character Frankie shot Johnny because of an affair with showgirl Nellie Bly. Jimi Hendrix warned about a friend Joe, who was ready to take aim on a love interest and then flee to Mexico. Meanwhile, Foster The People advised sneakered bystanders be ready to outrun a bullet. There is more.

The PBS television special, Ken Burns’ Country Music, describes the influence of singer and guitarist Jimmie Rogers on fans as well as musicians. Rogers created a musical impact through songs like 1928’s “Blue Yodel No. 1,” where the Mississippi-born artist announced plans to kill Thelma for making “a wreck” out the rejected star. But the domestic gun violence mentioned in widely held songs can work both ways. In “Frankie and Johnny,” a traditional piece going back a century and later updated umpteen times by multiple artists, Frankie, a woman, typically kills her  boyfriend Johnny for allegedly carrying on with Nelly 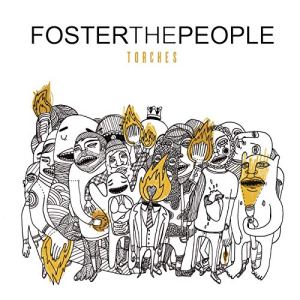 The 1960s generated a movement toward love and peace, but Jimi Hendrix expressed something sinister during the track “Hey Joe.” Released as an early single from 1967’s groundbreaking album Are You Experienced, Hendrix’s friend’s girlfriend is “Messing around” so there is going to be some one-sided gunplay. An escape south of the border also is in store. The Experienced collection, which came out in May, ironically kicked off The Summer Of Love. In more of a sociopathic strain, Foster The People goes inside the mind of a potential shootist during 2010’s “Pump up the Kicks,” cautioning that “Robert” will “Look around the room” and “He won’t tell you his plan.”

The imagery of guns cuts a large swath across several music categories. While Johnny Cash explains about wanting to grab a “sub machine” in the words to “Delia’s Gone,” from 1995, Rap artist Lil’ B has a “Glock make you backflip” during 2010’s “Shoot a Gun.” Then there are the Draco playlists and enthusiasts, named after the semi-automatic pistol. The list goes on.

While this is only one viewpoint, what do you think? Let me know.

Paul Wolfle is the publisher of musicinterviewmagazine.com and a web-based journalist who has written for several popular sites. Paul has a passion for connecting with a diversity of musicians who are looking to grow a positive presence on the World Wide Web.