Paleo Bliss: An Interactive Map of Every Dinosaur Fossil Ever Discovered

Earth’s ancient trail of extinct land-dwelling dinosaur relics cuts a wide swath across the globe. Prehistoric boneyards exist on each continent, including Antarctica. Now, engineering professionals have charted all recorded dinosaur fossils on a new map where users can carefully survey geologic time from the Middle Triassic period through the late Cretaceous and beyond. The unique geographic diagram is a dinophile’s delight. 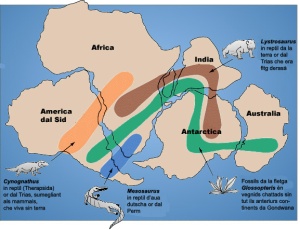 which can be difficult to express verbally. As far as reliability goes, experts referenced the Paleobiology Database, a voluminous collection of information about specific fossils and where they were found. According to Popular Mechanics, Tyrannosaurus Rex enthusiasts and Triceratops aficionados can “search by period, taxonomy and strata.” Dr. Matthew Carrano, Curator of Dinosauria at the Smithsonian Institution, National Museum of Natural History, points out “there are about 7,900 localities with dinosaur fossils represented.” In all, there are approximately 15,000 fossils. Yet the map is about much more than just recording and storing information. One of the special features shows the Earth’s continents today, as well as how the landforms looked eons ago. 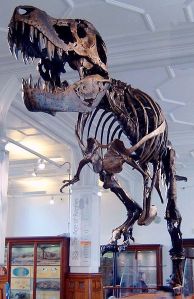 For paleontologists, this comprehensive visual perspective could lead to better understanding and reinterpretation of the locational distribution and spatial patterns of dinosaur remains. The same applies for paleogeographers. Don’t forget, the plate tectonic profile of the continents was completely different when Stegosauruses, Velociraptors and other early creatures roamed the land. Back then, it still would have been Gondwanaland, then Pangaea and not exactly a garden of earthly delights.

The key to solving any mystery is contained in answering the fundamental questions of who, what, where, when and why. In this case, the puzzling situation relates to dinosaurs that became extinct, roughly 65 million years ago. The who, what and when parts of the problem have seemingly been addressed. Thanks to the integrated fossil map, we have a better picture of where, which could lead to why the animals disappeared. In the meantime, you can use the database to search for the closest dinosaur bones.

Video: ‘Where Are Your Nearest Dinosaurs, the Incredible Interactive Map of Every Fossil Found On Earth’ – Time2Update/YouTube.

Paul Wolfle has a B.A. in Geography from Hofstra University; and an ARM (Risk Management) insurance certification.